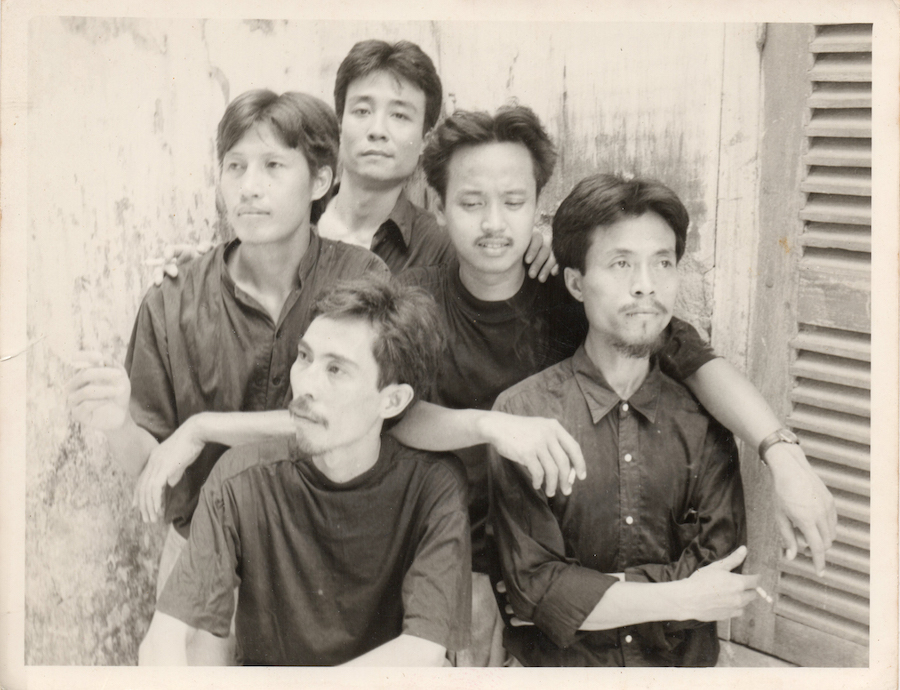 The Factory Contemporary Arts Centre (HCMC) and Art Vietnam (Hanoi) proudly co-present Gang of Five Chancing Modern – an on-going art project initiated by curator Lê Thuận Uyên, surveying over three decades of artistic practice by five of the most important figures who brought about changes and re-introduced ideas of abstraction in the art scene of North Vietnam: Hồng Việt Dũng, Hà Trí Hiếu, Đặng Xuân Hoà, Trần Lương and Phạm Quang Vinh. Featuring nearly forty paintings and numerous original historical materials (including reviews and interviews, archival images, exhibition guest books, two short film documentaries, and a timeline tracking the conception, development, and reunion of Gang of Five), this is one of the few retrospective exhibitions staged in Vietnam that thoroughly documents the lives and preoccupations of local artists at the turn of the 20th century. Not only re-introducing the Gang of Five to the audiences of Ho Chi Minh City and studying the group’s position as one of the first artist groups to form in post-war Vietnam, the exhibition also offers visitors an opportunity to rediscover the transformative phases that Vietnamese art went through during the period of post-Đổi Mới*.

The Gang of Five was established in Hanoi in the latter half of the 1980s. Upon their graduation, and under the name ‘Gang of Five’, this group of artists grew and developed their practices amidst the significant socio-historical changes of the post-Đổi Mới era. “Being in the right time, at the right place” has helped lead the Gang of Five to their success, as they were able to cast away the constraints of Vietnamese Socialist Realism, considered the official artistic style of the time, which subjected Vietnamese art to limited ideological and geographical boundaries. Within this context, the works of the Gang of Five detached themselves from the rigid orthodoxy and indoctrination of Socialist Realism where propaganda and illustration art  – depicting glorious views of the motherland, of economic and political triumphs; favouring figurative representations of workers and peasants; promoting citizen responsibilities and contribution towards nation building; conveying the strength and wisdom of its leaders –  which dominated the art scene in North Vietnam until the mid 1980s.

In contrast, the works of the Gang of Five are expressive, bold and original, at the time opening up new horizons for a richer visual vocabulary that inclined towards depicting personal emotions and individual perceptions. Through their efforts to explore different artistic languages (mostly Abstraction and Expressionism), breaking away from what was commonly taught and understood as painting, they reconstructed reality based on how they felt, capturing the everyday life of the human psyche as the country was going through one of its most significant transitional states. However, it is equally important to keep in mind that underneath this so-called ‘modern era’, there still existed undeniable old values, behaviours and mind-sets; and that behind the Gang of Five’s myriad of opportunities there was still uncertainty and conflict in methodology, perspective, and practice. Integral to the their formation and development, these opposing forces actually contributed to the advancement of their practices, even after they temporarily halted their collective identities and activities (from 1997 to 2017) to pursue their own different paths.

The first rendition of Gang of Five Chancing Modern took place in Hanoi in October 2017, presenting the artists’ latest bodies of works. After more than twenty years apart, it was their mutual respect and understanding of one another that brought the five friends together again for this endeavour. In July 2018, The Factory proudly hosts Gang of Five Chancing Modern in Saigon with a bit of a twist. This second rendition of the exhibition presents not only a selection of the Gang of Five’s paintings from the period between the 1990s to the 2000s – considered essential signifiers of their artistic characteristics and careers – but also an extensive historical archive which will give visitors insight into the context of 1980s Hanoi.

Gang of Five Chancing Modern is the second project of The Factory’s on-going program Spirit of Friendship, endeavouring to be a historical archive documenting the role and contribution of artist friendships in furthering the development of experimental languages in Vietnam, since 1975.

[*] Referring to the structural Economic Reform introduced in 1986, which transformed Vietnam both economically and socially.

Image: Gang Of Five, circa 1993, image courtesy by Gerhard Jörén.

As part of the project: 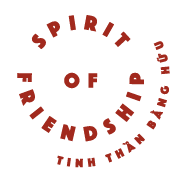