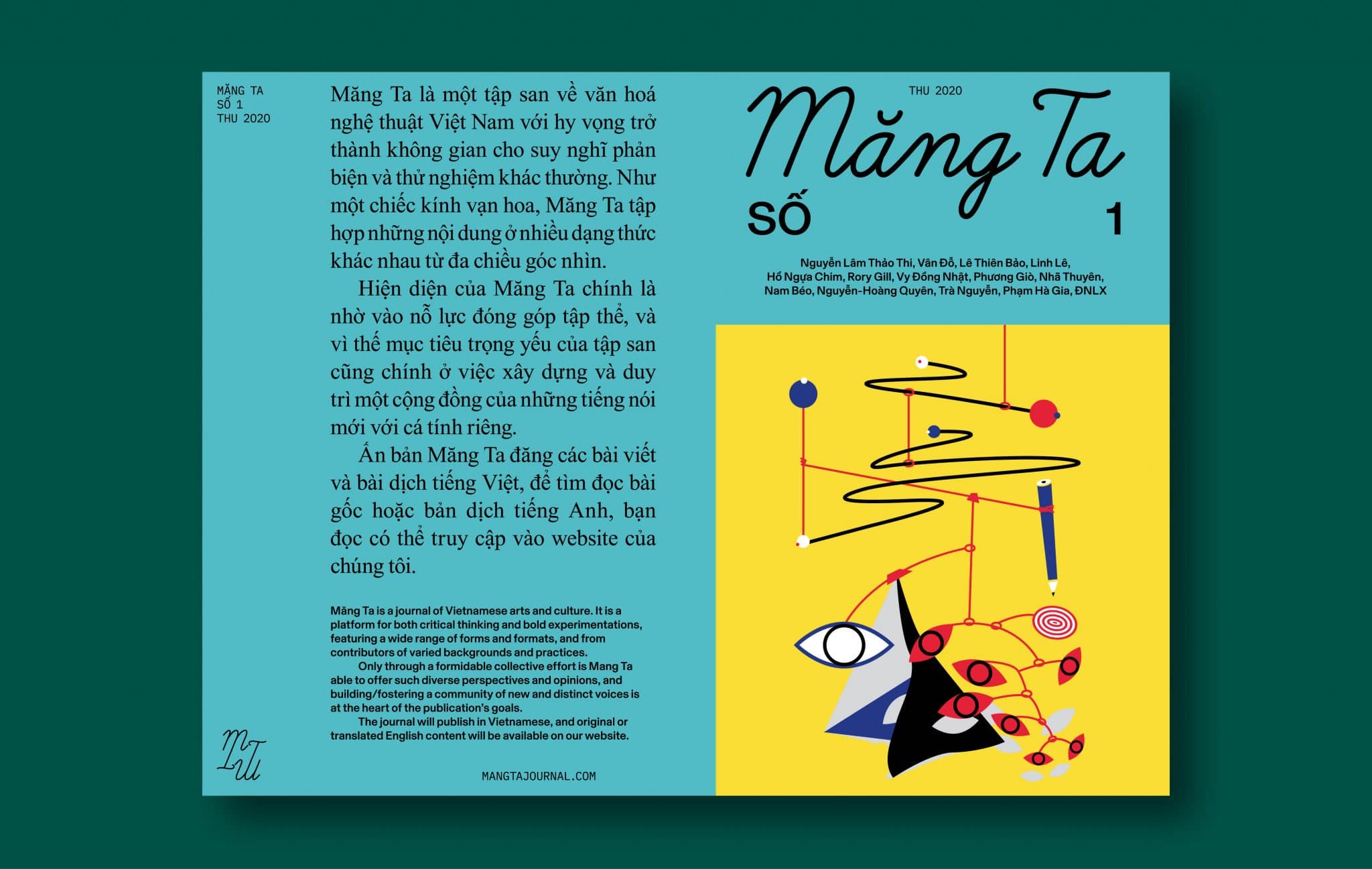 When the first wave of COVID-19 hit, The Factory had to close its doors for over 2 months, we (staff) all stayed at home. As a consequence, Uyên and I (both Curatorial Assistants at The Factory) did not get to meet each other (we were in different cities at that time). Thanks to the distance and the break from the usual pace of programming and exhibition-making, we had an opportunity to take some time, online amidst the lockdown, to sit back together and ruminate upon our own practice.

Even though I have asked Uyên about her previous curatorial projects before she joined The Factory in 2019, this is the first time I have ever heard her share her thoughts on creating the exhibitions she curated on the ‘Gang of Five’ in 2017 and 2018. In the project, Gang of Five—a group of painters who grew up during the transition period of the time when Vietnam just opened its doors at the dawn of Đổi Mới and made their name in the 80-90s including Phạm Quang Vinh, Hà Trí Hiếu, Đặng Xuân Hoà, Trần Lương, Hồng Việt Dũng—was introduced to a new context: against a different social-political backdrop of Vietnam in a more globally integrated role (economically and socially), to a new group of audience – younger, more exposed to international wave of popular culture and may not be aware of their presence in the art landscape, with a mode of presentation that differs from the more conventionally framed paintings on gallery white walls. It was not only because of its ambitious scale but also because of its emotional investment that made this project one of the milestones that Uyên says helped shape and define her style of curation.

In this conversation, Uyên further revealed to me behind-the-scene stories and cross-generational camaraderies, which, in spite of the differences in terms of age, social roles, aesthetics, and historical contexts, still paved the way for multiple parties involved, from artists, to herself as a curator, to funders and organizers, to join hands to stage two very ambitious exhibitions. The project included one exhibition in Hanoi (staged in a nostalgic and highly theatrical space inside Vietnam Feature Film Studio), another exhibition in Saigon at The Factory Contemporary Arts Centre, and also a thoughtfully crafted catalogue (with writings by Nguyễn Quân, Nora Taylor, Veronika Radulovic, Suzanne Lecht, Rienke Enghard, those who had followed this artist group since their birth) that re-contextualized the role of Gang of Five in Vietnamese post-war art history. It was through all these special encounters with different, at times contrasting, schools of thought that Uyên found a necessary ‘distance’ that ever since acted as a guiding principle in her curatorial practice and methodology of working with artists.

Our conversation over a 3-hour Facebook call ended up being included in the first issue of Măng Ta Journal, a newly-launched journal on Vietnamese art and culture, with the title ‘At a distance: On ‘Gang of Five’ and the curatorial practice with Lê Thuận Uyên’.

Măng Ta Journal is now available at The Factory! 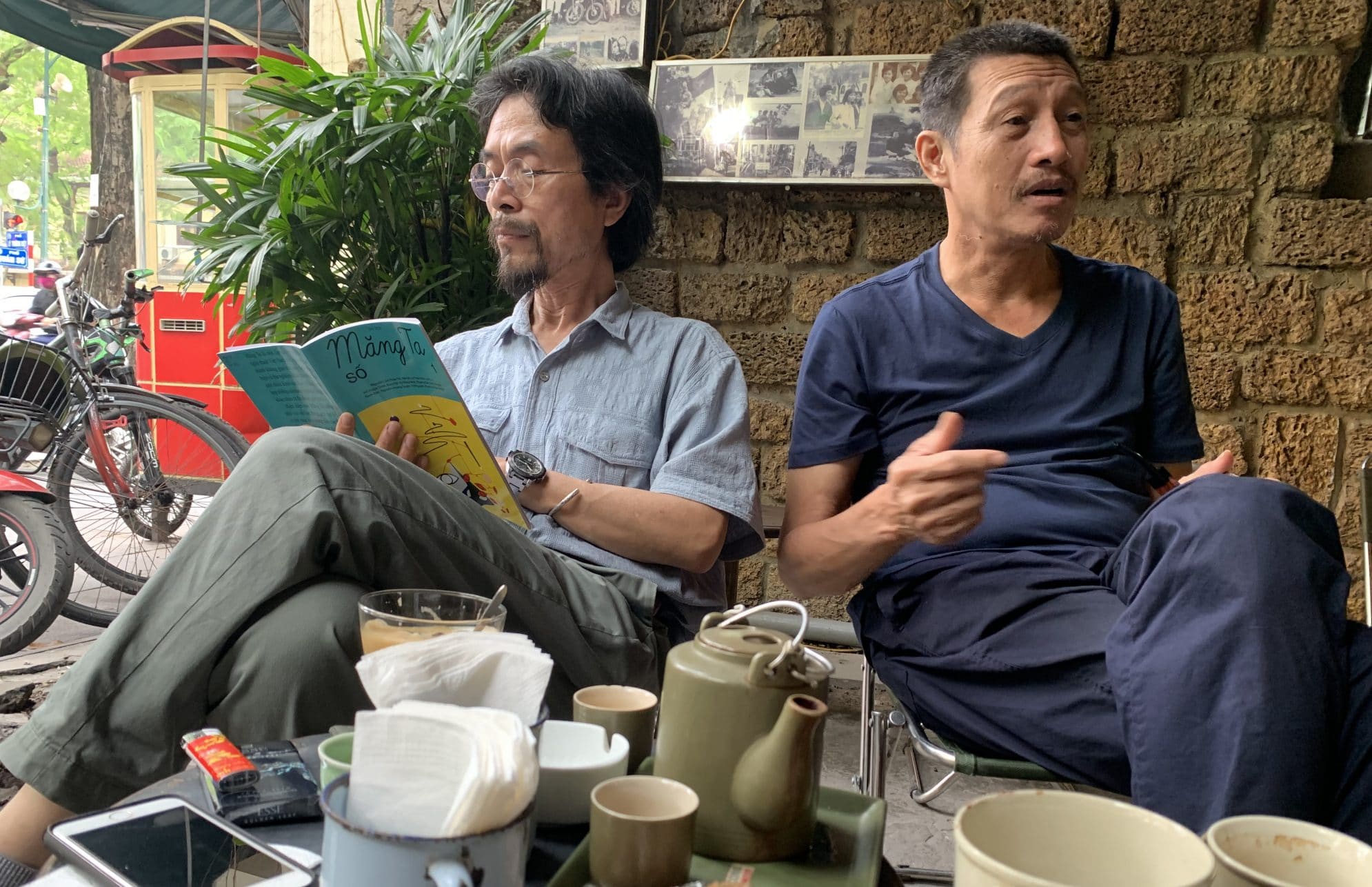 In the picture above, you see two of our most dedicated readers: Phạm Quang Vinh (left) và Hà Trí Hiếu (right), two of the five artists that make ‘Gang of Five’, who were perusing the Măng Ta Journal with a cup of hot tea. A fun fact: Almost all Gang of Five artists used to work in the publishing industry and as key collaborators for official newspapers such as Văn Nghệ, Nhân Dân in the early days of their career. For example, Hà Trí Hiếu used to work as chief illustrator for Quân đội Nhân dân from 1991 to 2001 and Phạm Quang Vinh has been General Director of Kim Đồng Publishing House since 2003 up until now.