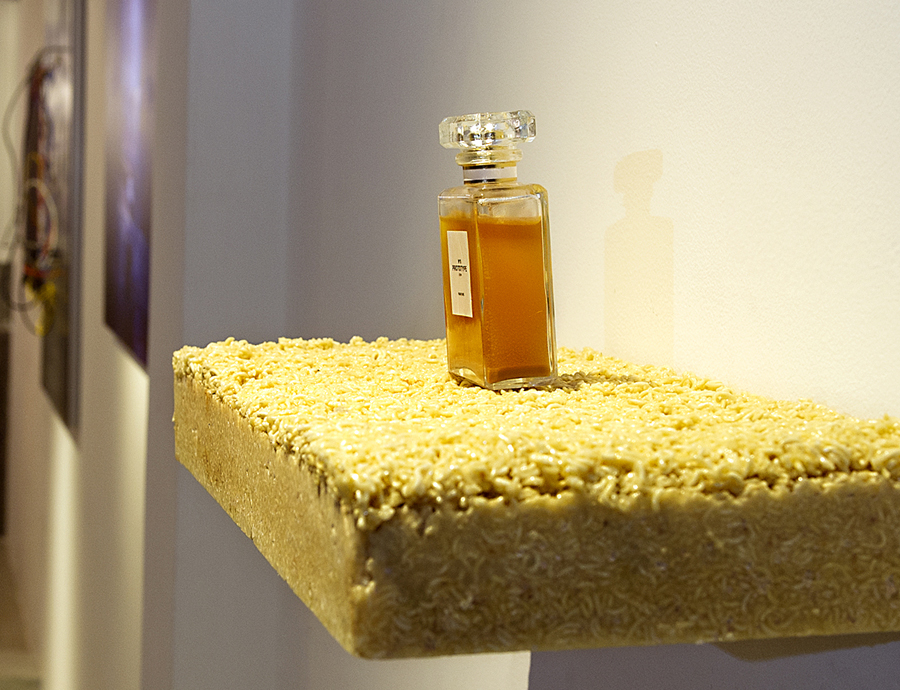 Instant noodle, since being invented after the Second World War II in 1958 by Momofuku Ando, has “dominated” the world with an average sale of around 96 billion packets of noodles sold each year. Going abreast with “fast food” culture of European and American culture, the term “instant noodle” has ever since gone beyond the concept of the Asian diet. In the hustle and bustle of today’s lifestyle, will “instant noodle” become a culture? And that culture, is it the definition for all the sloppy products, to satisfy the demand for convenience of consumers? A meal, a news, an artwork or even a relationship, can everything be “packed” like a bag of noodles, which takes just a few seconds to be passed around and a few more minutes to get ready to be consumed?

Instamì project happening in the workshop area at The Factory was developed based on photographs printed in XEM8, showing the different perspectives of Quang Lâm, Phan Quang, Nguyễn Trúc, Ưu Đàm Trần Nguyễn, Hoàng Dương Cầm and Nguyễn Thủy Tiên, responding to the definition of fast and slow, new and old, real and fake in today’s society. This is also the launching of edition 8 of XEM – a project of visual experiment by Vietnamese artists.