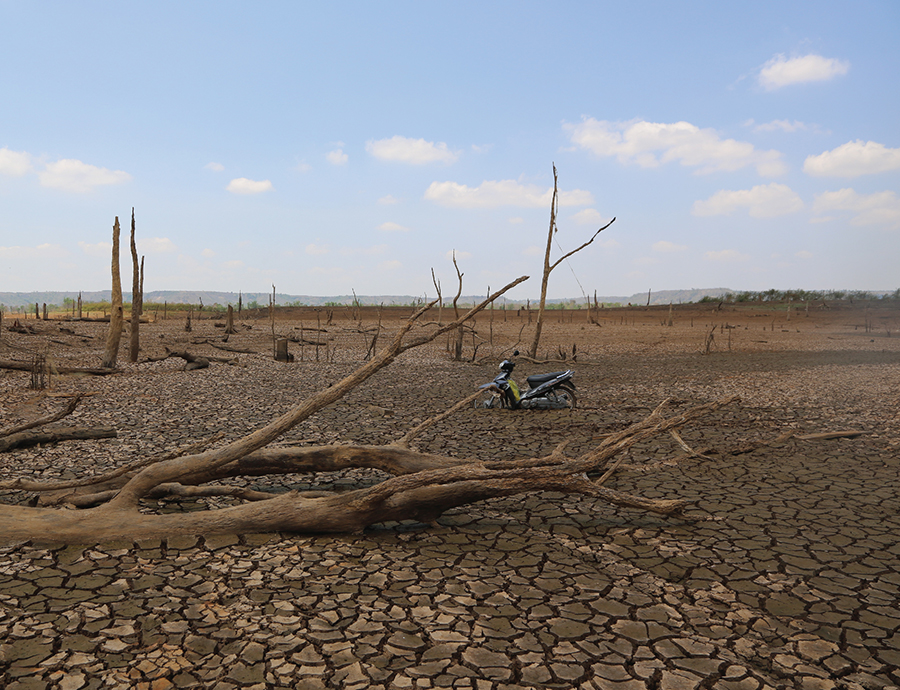 WHAT DOES IT MEAN TO BE SOCIALLY CURIOUS AS AN ARTIST?

A ‘Re-Aligning the Cosmos’ event

Join us for conversation with artists Lêna Bùi, Trương Công Tùng and Tuấn Andrew Nguyễn exploring their love of crafting images and stories (through film, photography, paper, sound and much more) that speak to larger social rituals – of Vietnam and beyond – reflecting the contrary nature of the human condition and its impact on our planet.

Passion, inspiration, reading, curiosity, research, field-work, community liaison, writing, speaking, problem solving, experimenting in concept, with material and always so many possibilities – these are just a few of the emotional and intellectual modes of any creative project engaging with ideas of the ‘social’. These artists shall share their experiences of ongoing projects that embrace this mode, working with specific cause, material, and community, that are of pertinent relation to the ‘Re-Aligning the Cosmos’ Fellowship.

This conversation launches this Fellowship which investigates the relationship between human and habitat, culture and climate, via an exploration of Vietnam’s tradition of respect for the elements – water, wind, fire, metal and earth.

Please see here for more information on the Fellowship.

Lêna Bùi’s works are sometimes amusing anecdotes and other times in-depth articulations of the impact of rapid development on people’s relationship with nature and their surroundings. She reflects on ways that intangible aspects of life, such as faith, death and dreams, influence behaviour and perception. She often relies on drawing and video but is open to whatever medium she perceives as appropriate to a work.

Bùi received a BA in East Asian Studies from Wesleyan University (2007). Born in Danang, Vietnam in 1985, she has lived and worked in Saigon since 2009.

Born in Dak Lak, Central Highlands, in a farmer family residing among various ethnic minority groups, Trương Công Tùng later moved to Saigon in his early 20s. Công Tùng witnessed the country’s rapid changes in economics, politics, society and environment in both rural and urban areas during its modernisation process that pivots on morphing the nature as per human’s desire and demand. Thus his artistic practice is a way to seek for explications of the absurdity when human reason and act towards their surrounding nature, in his contextual grounds and also through his browse in virtual worlds of old scientific, cosmological, philosophical books and Internet. Công Tùng’s bodies of works are often multilayered and consist of material manipulations by nature and human. They appear as coherent narratives, yet tacitly perplexing with manoeuvred images, information, fiction and facts.

Tuấn Andrew Nguyễn’s practice explores strategies of political resistance enacted through counter-memory and post-memory. Extracting and re-working narratives via history and supernaturalisms is an essential part of Nguyễn’s video works and sculptures where fact and fiction are both held accountable.

Nguyễn received a BFA from the University of California, Irvine in 1999 and an MFA from The California Institute of the Arts in 2004. Nguyễn has received several awards in both film and visual arts, including an Art Matters grant in 2010 and best feature film at VietFilmFest in 2018 for his film, The Island. His work has been included in several international exhibitions including the Asia Pacific Triennial 2006, the Whitney Biennial 2017, and the Sharjah Biennial 2019.

Nguyễn founded The Propeller Group in 2006, a platform for collectivity that situates itself between an art collective and an advertising company. Accolades for the group include the grand prize at the 2015 Internationale Kurzfilmtage Winterthur for the film The Living Need Light, The Dead Need Music and a Creative Capital award for their video project Television Commercial for Communism. Besides a major travelling retrospective that began at the MCA Chicago, the collective has participated in international exhibitions including The Ungovernables (2012 New Museum Triennial), 2012 LA Biennial, Prospect3 (2014 New Orleans Triennial), and the Venice Biennale 2015.