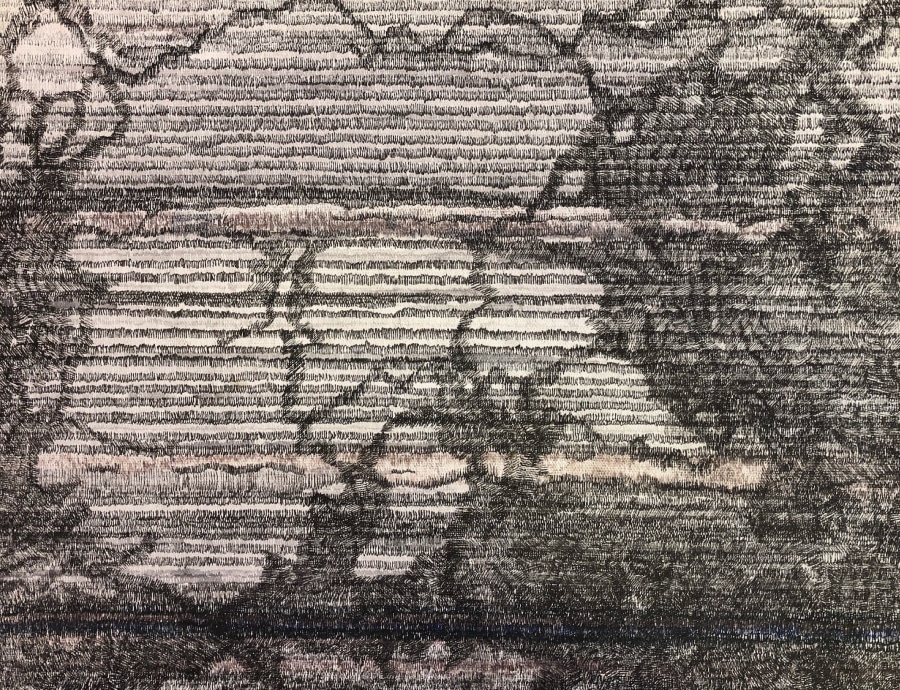 This edition of Galeria brings to you a very interesting Hanoi-based artist, Triệu Minh Hải, and his latest series of works. Hai began his artistic journey after his graduation from Hanoi University of Science and Technology with a major in Computer engineering. The vast majority of his body of works is the amalgamation of art and science, in which the artist explores fractal mechanisms (a mathematical concept) through the language of painting and drawing.

A fractal is often understood as a geometric figure, each part of which has the same statistical character and thus has similar patterns recurring at progressively smaller scales. In the art world, fractal art (composed of algorithms) is typically created using computing software to calculate scale and density of  objects, such calculation resulting as still images, animations, and media. Developed from the mid-1980s onwards, it is now considered a genre of new media art. Refusing the use of computer-generated software that is often employed in fractal art, Triệu Minh Hải seeks to explain the mechanism of the fractal using his own physical (manual) practice of drawing. The challenge is how to abandon his imagination/reference of images and artistic techniques (on perspectives, ratio, colour combination,…) to visualise a structure that is essentially automatic and duplicated.

In this exhibition featuring Hải’s black ink on canvas works, the painting emerges in a row, in varying intensities of black and white, forming a kind of musical stave in which the melody is sometimes calm, sometimes chaotic and other times with high concentration. Different from stereotypical Vietnamese perception of painting, Hải’s paintings are full of dense lines that appear in movements – resulting from the gesture of his own hand performing this minute repetitive exercise of weaving lines.

All works here are available for sale. All proceeds go towards the running costs of sustaining our Arts Centre. Thank you!