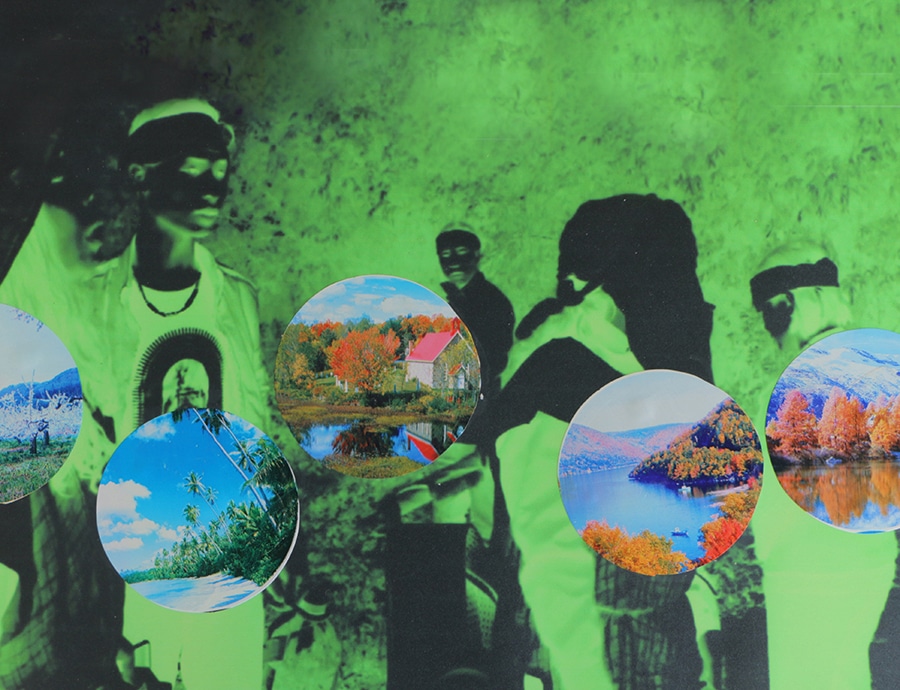 SINGING TO THE CHOIR?

‘Singing to the Choir?’ is an adaptation of a colloquial phrase that, for this exhibition, imagines a scene where an impassioned individual seeks to convince his audience, through song, of their need to believe in his ideas. Yet they already appear to do so – evidenced in their reciting of his lyrics, of their body gestures in unison with his ceremonial aplomb. But is this just a mere appearance? Do they really believe? Does habitual behavior, in the practice of a belief, reflect genuine understanding of purpose? Is it, (or perhaps why is it), necessary for beliefs to be collectively performed?

This exhibition, titled ‘Singing to the Choir?’ metaphorically ponders on this aforementioned scene, though from three distinctly different artistic perspectives, whereby the phrase has been turned into a question – and thus the artists ask our viewers – do you believe /agree /understand with what they are trying to share?

Karl Marx once said, ‘Religion is the sigh of the oppressed creature, the heart of a heartless world, and the soul of soulless conditions. It is the opium of the people’*. Marx refers here to organized religions, believing the illusions they inculcate prevent society from examining the reality before them. In many ways, artists Phan Anh, Trần Minh Đức and Ngọc Nâu, also examine similar sentiment, removing the opiate (social assumptions) from their study of nature, culture and spirituality, believing the religiosity surrounding their value (the stories and rituals we recite and practice) in need of re-interpretation in our 21st Century worlds.  In this exhibition particular objects/symbols of knowledge are of focus – an undecipherable handbook; an arm fragment from a sculptural monument; a digitized oracle – each investigating the potential blindness of faith where the instrument of knowledge (that knowing of fact is true) possesses the weight of doubt; is accessible as dismembered memory only; or increasingly reliant on virtual transmission.

*Marx, Karl. ‘A Contribution to the Critique of Hegel’s Philosophy of Right’. Cambridge University Press, 1970 (first published in ‘Deutsch–Französische Jahrbücher’ in 1843)

Artists’ interview (in Vietnamese only)