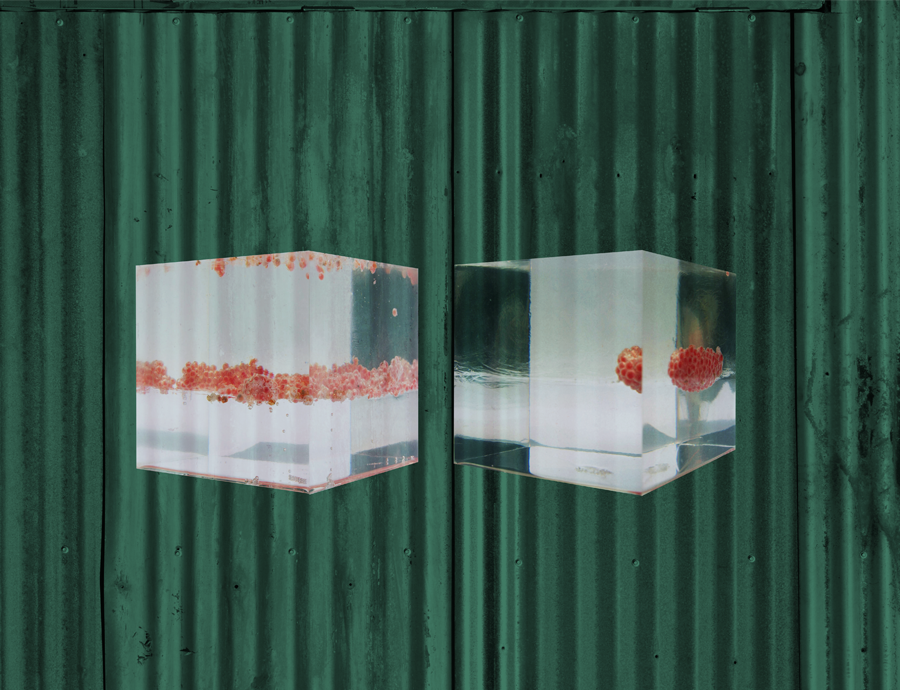 Silent Intimacy is Đặng Thùy Anh’s first solo exhibition in her artistic endeavor with golden apple snails, contemplatively dubbed with the impact of urbanization on human life.  Apple snails are amphibious creatures first introduced to Vietnamese farmers in the 1980s to increase nutrition in feed for domestic animals. As a consequence of the rapid growth of the apple snail, the population of local snails drastically suffered, subsequently damaging crops, eventually causing a nation-wide call for the apple snail to be destroyed in the Vietnamese landscape. In this exhibition, apple snails are, again, a foreign (art) ‘object’, one that is living and constantly evolving, thus resisting any expectations for artworks to be static or pleasant-looking. Intrigued by the reckless evolution, and also absurd yet lyrical presence of these snails, Thùy Anh finds them a perfect mirror for human beings in their ominous drive to growth, but also to death.

Whilst also a designer, Thùy Anh restructures, and in a way, transforms, the exhibition space so that it rhythmically corresponds to the visual motifs and also the materiality of the architectural structures predominantly designed for the urban space. Once considered an aesthetic reaction to classical architecture in the post-war reconstruction of devastated cities, these architectural choices nowadays, especially in the wake of capitalism (like Vietnam), are now reduced to merely functionalist and pragmatic formula for model housing. Such artifice lends itself to the setting of Silent Intimacy, which is meticulously transfigured into geometrical structures, where the apple snails, from their birth to their ‘adulthood’, inhabit, roam and perhaps suffocate. Through an array of media encompassing site-specific installations, sculptures, photographs, videos, and found objects, Thùy Anh designs—in the widest possible meaning of the word—not only the habitat for apple snails to dwell but also presenting a future for the human race.

*Image courtesy of the artist.