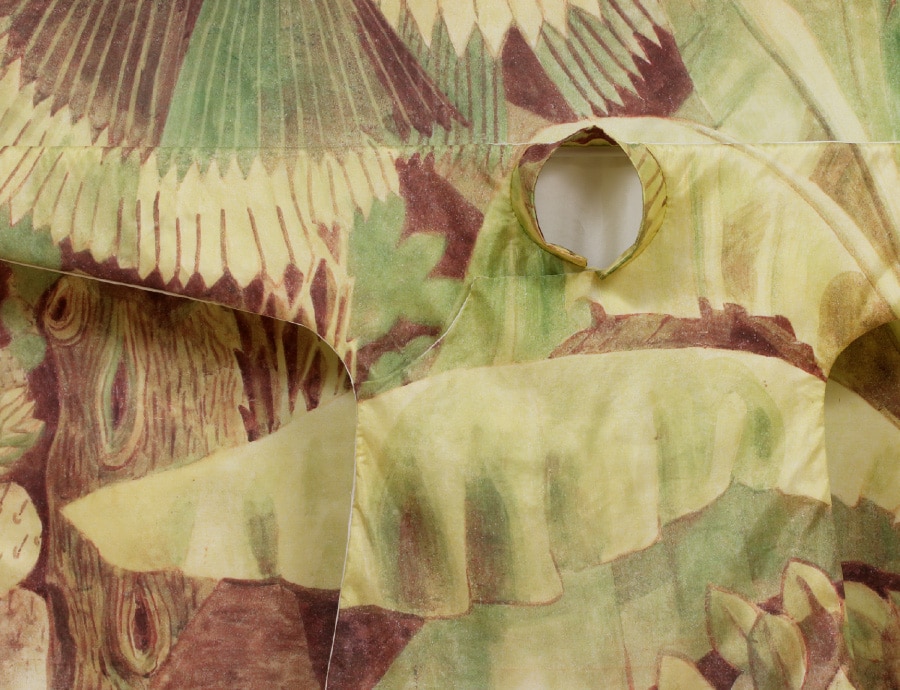 ‘Lost from View’, by Hương Ngô, excavates the idea, role, and perception of women, drawn to how history remembers and values their contribution to particular cause and their effect. In this exhibition, Ngo is especially inspired by the life of Vietnam’s national hero – Nguyễn Thị Minh Khai – for her strength, tenacity, resilience, and bravery in navigating the rise of the socialist era in the 1930s, specifically compelled by the many aliases she embodied in her commitment to Vietnam’s anti-colonial movement and its desire for independence. For this exhibition, Ngô refers to archival documents, literature, and photography, to give window not only onto this prominent figure, but also the lives of other women living this revolutionary period, sometimes with great tragic end. Ngô does so in order to reveal how social perspectives of sexuality, intelligence, and beauty have been (and continue to be) mired by complex cultural translations bound up in stereotypical and colonial understandings of gender, race, and power.

While the emancipation of women in Europe and America (beginning in the 19th Century), called for recognition of equal labor rights between the sexes, regaling against the frame of a women’s contribution to society as limited to the zone of the ‘home’(to name but one outcry); within much of the Southern part of the globe, the call for greater equality rode the rise of independence amidst the collapse of the Colonial Empire, with many of its revolutionary movements acknowledging the critical role that women played in the engine of war. It is against this backdrop that ‘Lost from View’ presents conceptual artworks of code, sharing encounters printed on paper and linen, relying predominantly on the indication of text, whereby historical document – letters between Nguyễn Thị Minh Khai and her comrades, fictional novels of ‘congaiship’, private testimony, screenplay scripts and identity papers – are ‘intervened’, meaning the artist has quite deliberately made their ensuing stories illegible, in fragments, invisible or requiring further translation.

Ngô is particularly attune to the relationship between materiality and message, deploying various strategies in her art that hints at the presence of coercion, forgery and encryption – all techniques of warfare and its engine of surveillance that has come to be present in our daily 21st Century lives through our online media, television, smart devices and digital image manipulation tools. The role of such highly designed mechanisms are textually hinted in Ngô’s art, evident in her meticulous choice of the written word which all visually challenge the stereotypical landscape of a woman’s world subsumed as hidden, sensuous, attractive, laborious and dramatic. Through her employment of such materials as invisible or thermochromic ink, the considered study of popular custom typeface and its subject, the screen-print techniques of dying fabric in relation to ideas of class, the painstaking embroidered stitch in reference to tragedy; or the act of performing a script in lieu of the psychological guardedness of a woman in society  – Hương Ngô’s ‘Lost from View’ begs all of us to re-assess the gendered way we understand what we see.