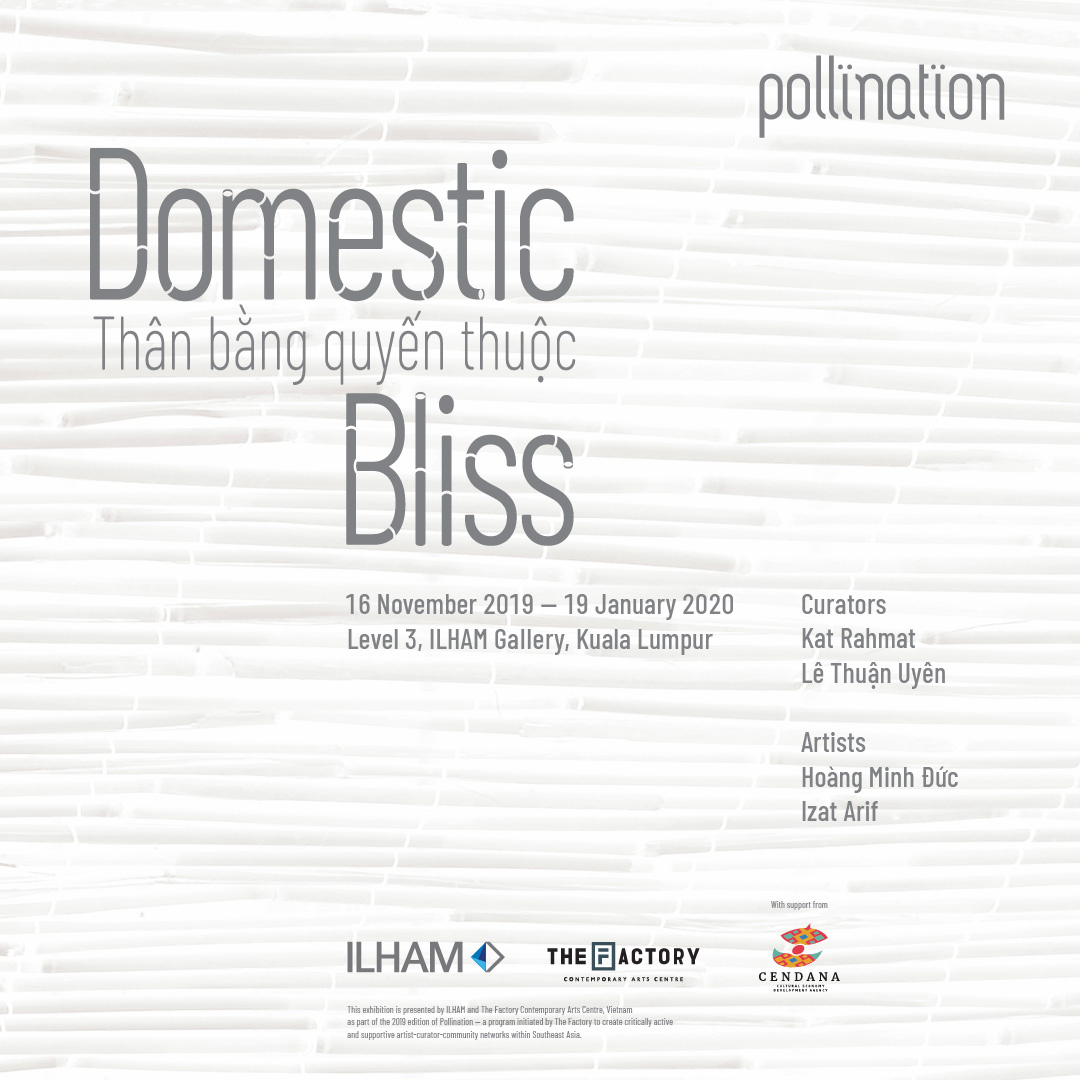 ‘Domestic Bliss’ is the resulting exhibition of the second edition of ‘Pollination’, a program driven by the need to create critically active and supportive artist-curator-community networks within Southeast Asia. ‘Domestic Bliss’ is curated by Khatijah Rahmat (Malaysia) and Lê Thuận Uyên (Vietnam), featuring the works of artists Izat Arif (Malaysia) and Hoàng Minh Đức (Vietnam, based Australia).

Though the English word ‘domestic’ comes from the Latin ‘domus’, meaning house, the word always denotes more than the material i.e. brick and mortar. It also captures spiritual and psychological ideas of ‘home’ including the idea of family, dependants and even schools of philosophy.  By the 17th century, the word ‘domestic’ bore the full weight of its significance, used expansively to mean ‘something made in the home’. Within this definition, two disparate artists, varying greatly in context and method, enter a shared quest to unpack the fragile and often precarious notion of home and belonging. As Izat Arif is wrapped in the social confines of being ‘Malay’ and as Hoang Minh Duc deals with his conundrum of cradling Vietnamese culture/customs assimilation; each artist asks, what is the price of ‘domestic bliss’? Must we always be conscripted in some way to the national mythology we were raised in? As a foreigner in another country, must we carry the full weight of our country’s reputation? For Izat Arif, this exploration requires a kind of autopsy of modern, myth-making institutions of nationhood through recreation and quiet humour. For Hoang Minh Duc, his raw, performative impulses unravel notion of ‘outsider/ insider’ that haunts his professional and personal life.

For more information on the Pollination program and its partners please click here.

A REVIEW BY THE STAR ONLINE
+ Google Calendar+ iCal Export