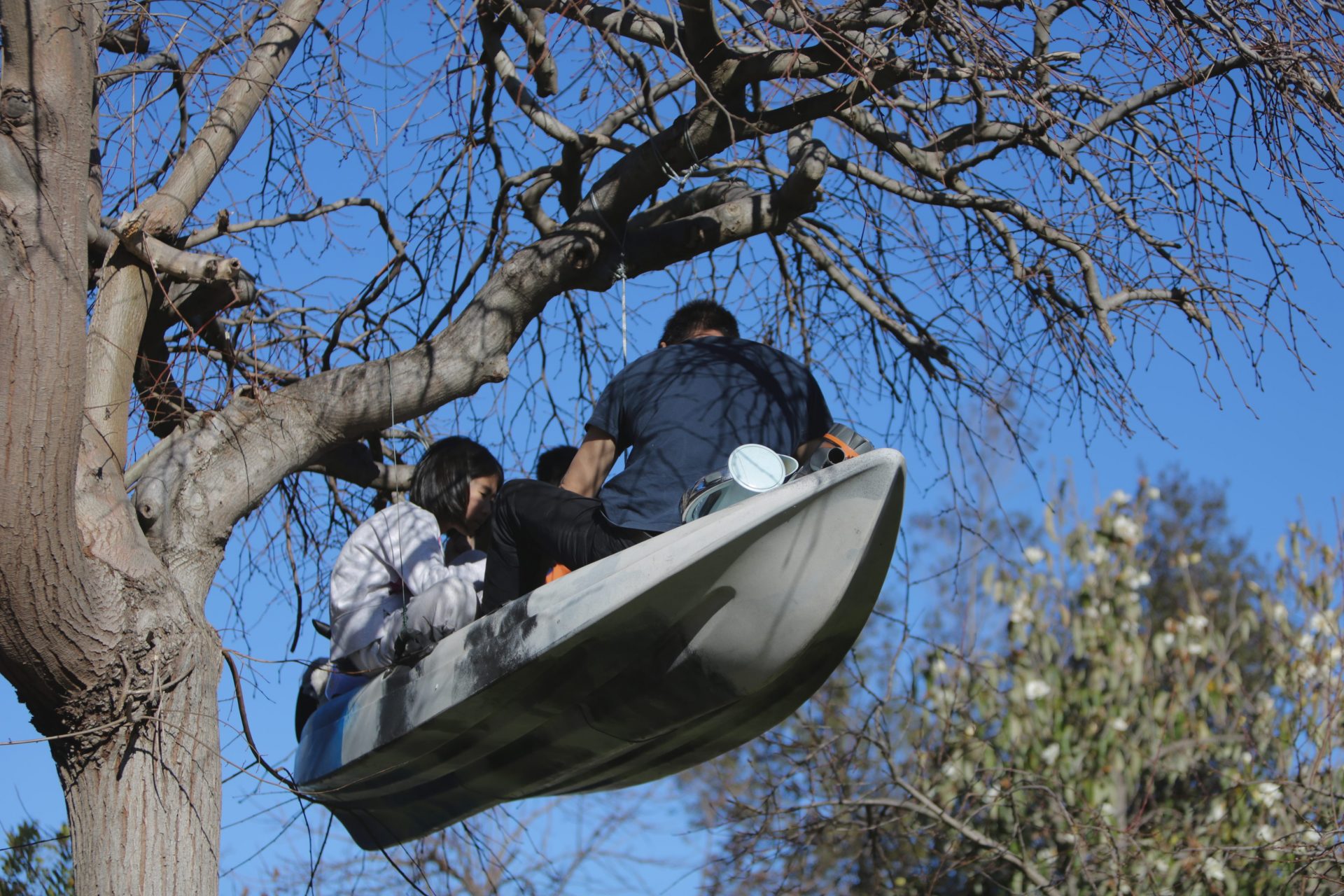 ALTERNATIVE MODES OF BELONGING – A TALK WITH TRÂM LƯƠNG

This year’s ‘Pollination’ programme resulted in an exhibition titled ‘Domestic Bliss‘, which brought together two very different artists on a parallel quest to unpack the fragile and often precarious notion of belonging: Hoàng Minh Đức (Vietnam) and Izat Arif (Malaysia). In spite of the increasing waves of migration within and beyond Vietnam, (often a result of vigorous urbanisation and globalisation), to be displaced from the place one calls home, can be a daunting thought. At a time where social division, conflict and uncertainty appear to be ever more omnipresent, what does ‘belonging’ look like for those feeling ‘in-between’ – floating adrift between cities and countries?

In this talk, Tram-Carin Luong attempts to unpack the intimacy between migratory practices and modes of belonging among Vietnamese diasporic populations. How do experiences of constant displacement facilitate hybrid forms of identity and politics? As individuals navigating the ebbs and flows of new sociopolitical structures – customary practices, cultural memory, belief, value system, political rules and norms –  how do they negotiate their Vietnamese ‘otherness’ in the face of rising racism, xenophobia and anti-migration movement? Looking at the ways that these communities, particularly artists, engage with these concerns, Luong questions the possibility and limit of photographic, cinematic, and other artistic responses to inform our perception and knowledge of migration populations. The right to travel goes hand-in-hand with the right to determine one’s own representation, within Vietnam and beyond its border.

This talk responds to existing scholarship and artistic musings on the construction of ever shifting Vietnamese identities in the contemporary world. One of which being ‘Pollination’ artist Hoàng Minh Đức, whose artworks reveal his reflection and reposition between his current country of residence (Australia) and his origin (Vietnam). In connection to Đức’s artistic enquiries within  “Domestic bliss,” vignettes from other current research will be presented, examining the psychological spaces of those who left and yet still long for their original cultural zone, while in search of a better future.

*The talk will be in English with Vietnamese translation