A ‘COSMOS’ TRIP TO YÊN BÁI

Following Lê Giang’s investigation into feng shui stones, a few weeks ago, the artist and I, Vân Đỗ, took a research trip to Lục Yên and Văn Chấn (Yên Bái), areas known best across the country for its amount of semi-precious and precious stones, and products made from these kinds of stones. Up there in the mountains, we followed two different routes of perspectives: that of the stone dealers and the other of Hmong ethnicity—two vantage points from which we were presented with a stark contrast of how belief in these kinds of stones is manifested, consumed and valued.

Despite their adherence to the interplay between stone colours and years of birth, these stone dealers knew very little about the implications of feng shui supposedly embedded in these stones. Visiting several stores, we saw some repetitive patterns of the best-selling designs: Maitreya Buddha, toads holding water in their mouths, dragons, balls… According to feng shui belief, all these crafts would satisfy two most desired reasons to buy, fortune and wealth. Most of the designs originated from China. Two of the stone dealers we met are the most highly-trained in their workshop. They once either studied the craft of sculpting wood in Hà Nam province, or attempted to enter painting schools in Hanoi. What is extraordinary about some workers is that just by looking at raw rocks, they could imagine the shape and form that the final products would suit, which would not only be economically beneficial, but also would also make most use of the most beautiful parts of the stone. Rocks that have clear patterns, sharp colors, and transparency are much more expansive. Surprisingly though, all stone dealers said matter-of-factly that the customer base was mostly from the South and how they managed to sell via Facebook livestream function. In the daytime they work at the stone workshop, when the night comes, they retreat into a small room equipped with some basic lighting devices to ‘livestream’ sell their products.

Anh Giống, our Hmong friend, greeted us at Năm Nghìn (Five thousands) Market, located in the highway very familiar with the stone dealers from Văn Chấn. Seated in his Win motorbike, the three of us drove into a small village where Hmong people live. Opening up before us was the vast yellow and green, natural forest scenery that stood in stark contrast to the white scene of dust from the highway, dubbed with the humming sound of stone-cutting. Everyone stared at us, two strangers, as we entered the village. Anh Giống took us to a giant rock at the end of his village—it was sitting by the spring, covered in moss. He then told us about their practice of worshipping stones that are believed to have spirits—if a member of the community got sick they would turn to a shaman to assign to them a stone/rock so they can get better. The assigned stone/rock is never brought home, instead the sick would have to go to where it is to pay respect, their shape and position is left unadorned, untouched.  At dinner his family warmly prepared for us, we heard from his relatives contemplatively murmur about the three gods and goddesses so well-revered in their community: the god of stone, the god of land, and the god of the spring. The highest mountains of the region were ‘guarded’ by two gods and one goddess, which nobody knew what they looked like. When Tết comes, they would cook a meal with a chicken and invite them to visit their home, hoping that they would be blessed with fortune next year.

All of the above leads us to continue our thought that still lingers upon the understanding of nature in each culture, and a curatorial takeaway from the trip is why the demand for feng shui stones are higher in the South than the North; and whether the cultural influence from the Chinese community living in the South has contributed to the major interest in the consumption of feng shui stones.

Here are some photos taken from the trip we would love to share with you:

At one of the stone factories in Văn Chấn

Lê Giang at the largest stone store, The World of Stone, in Văn Chấn 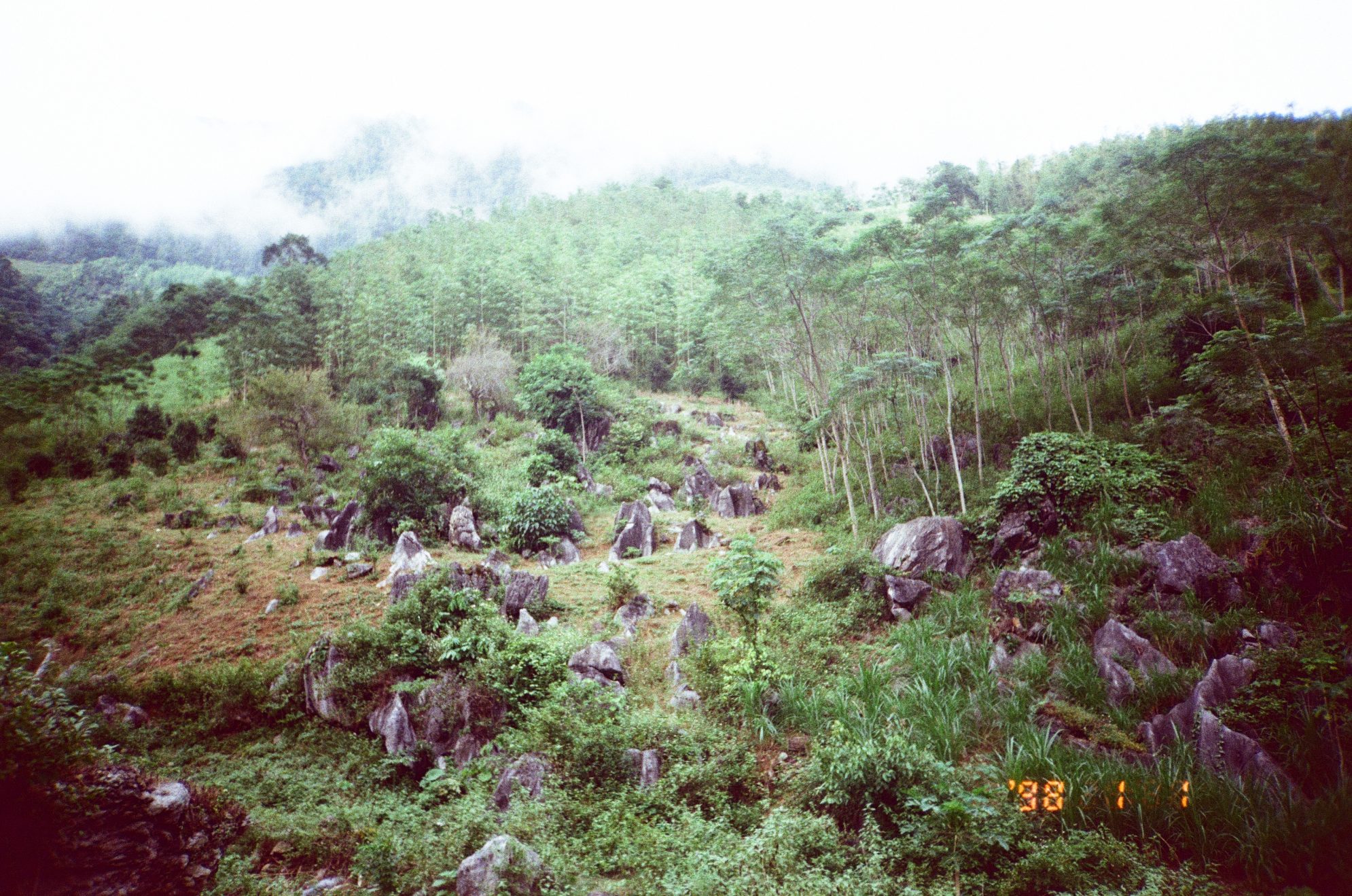 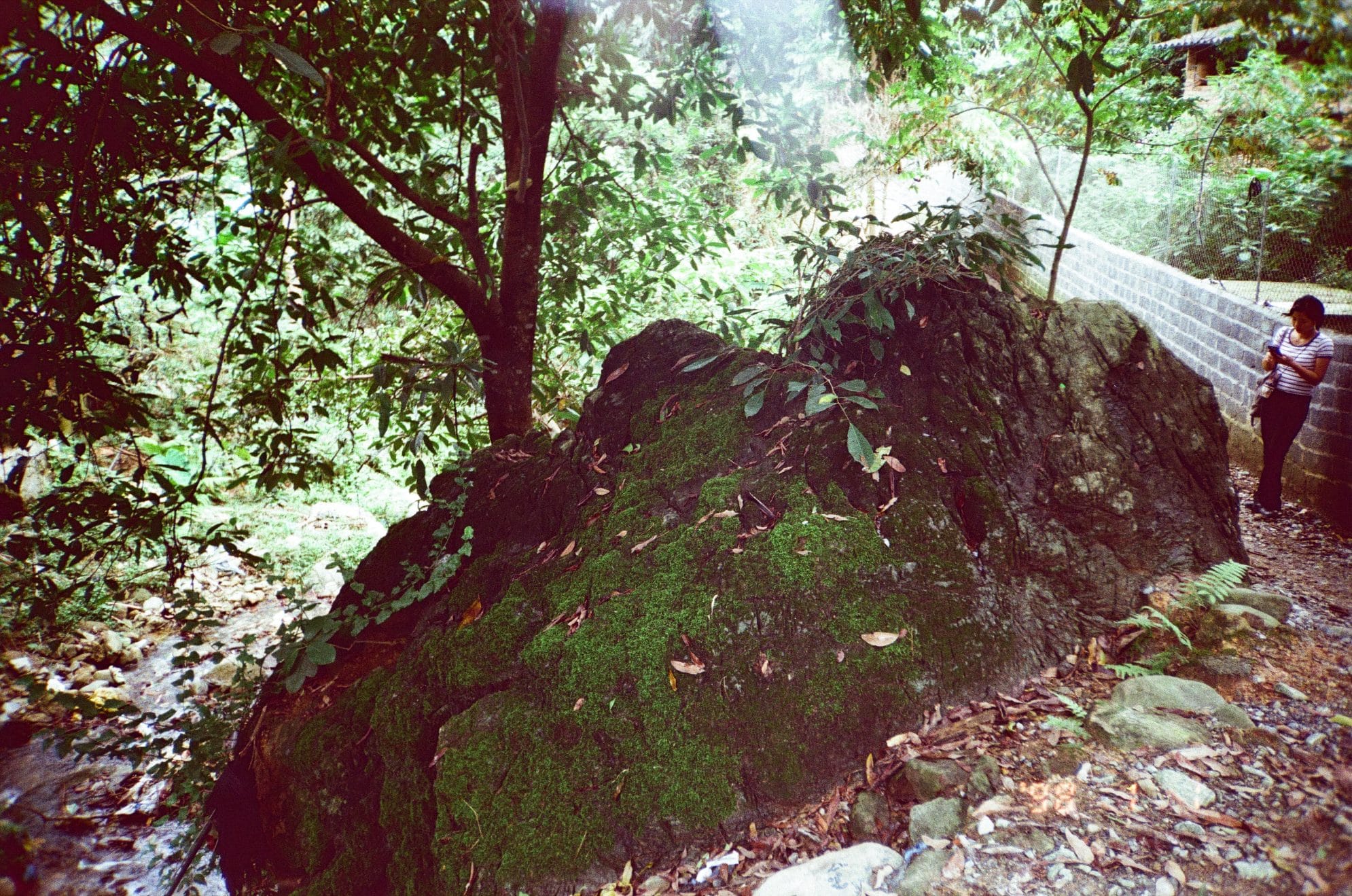 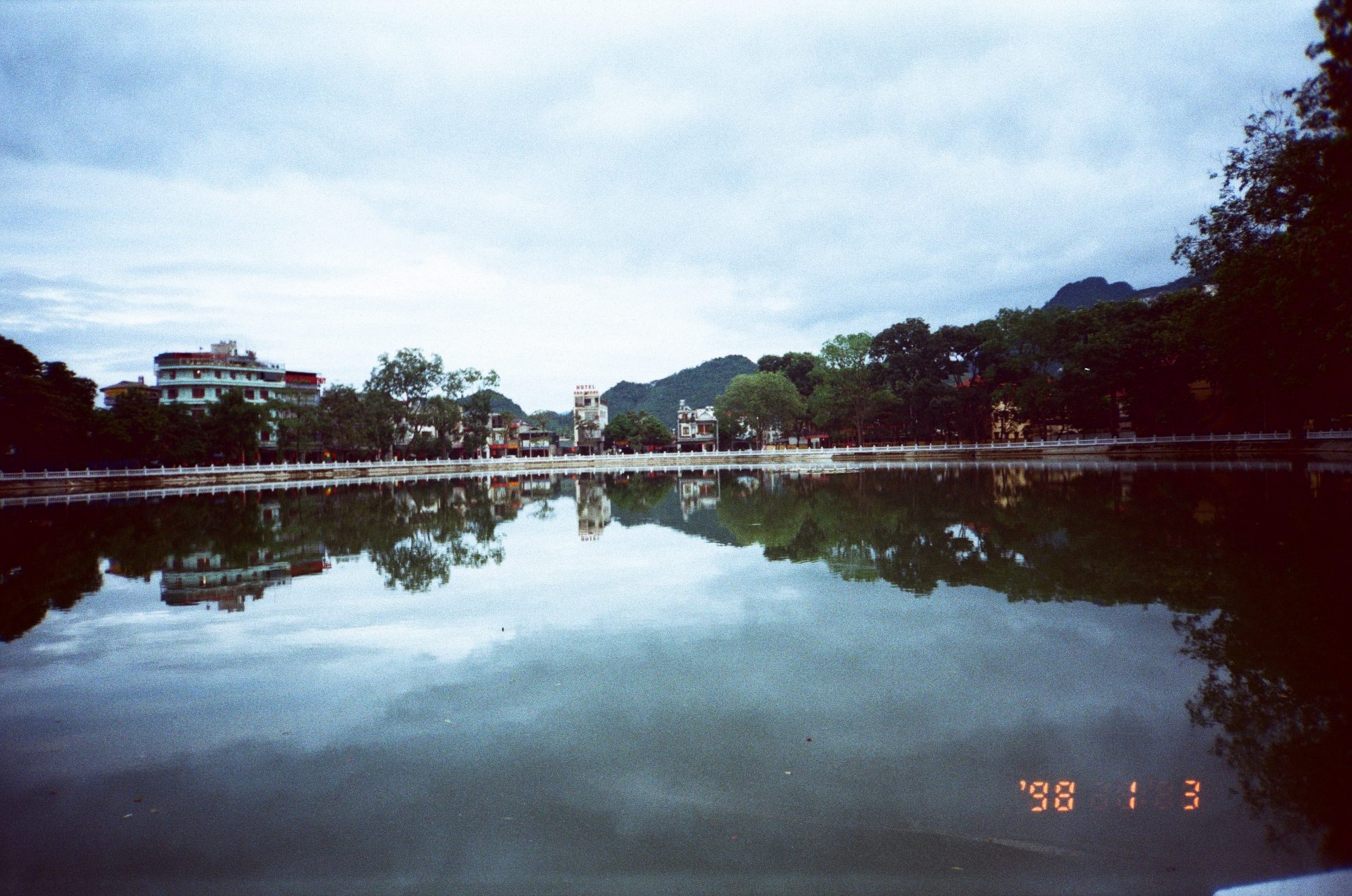 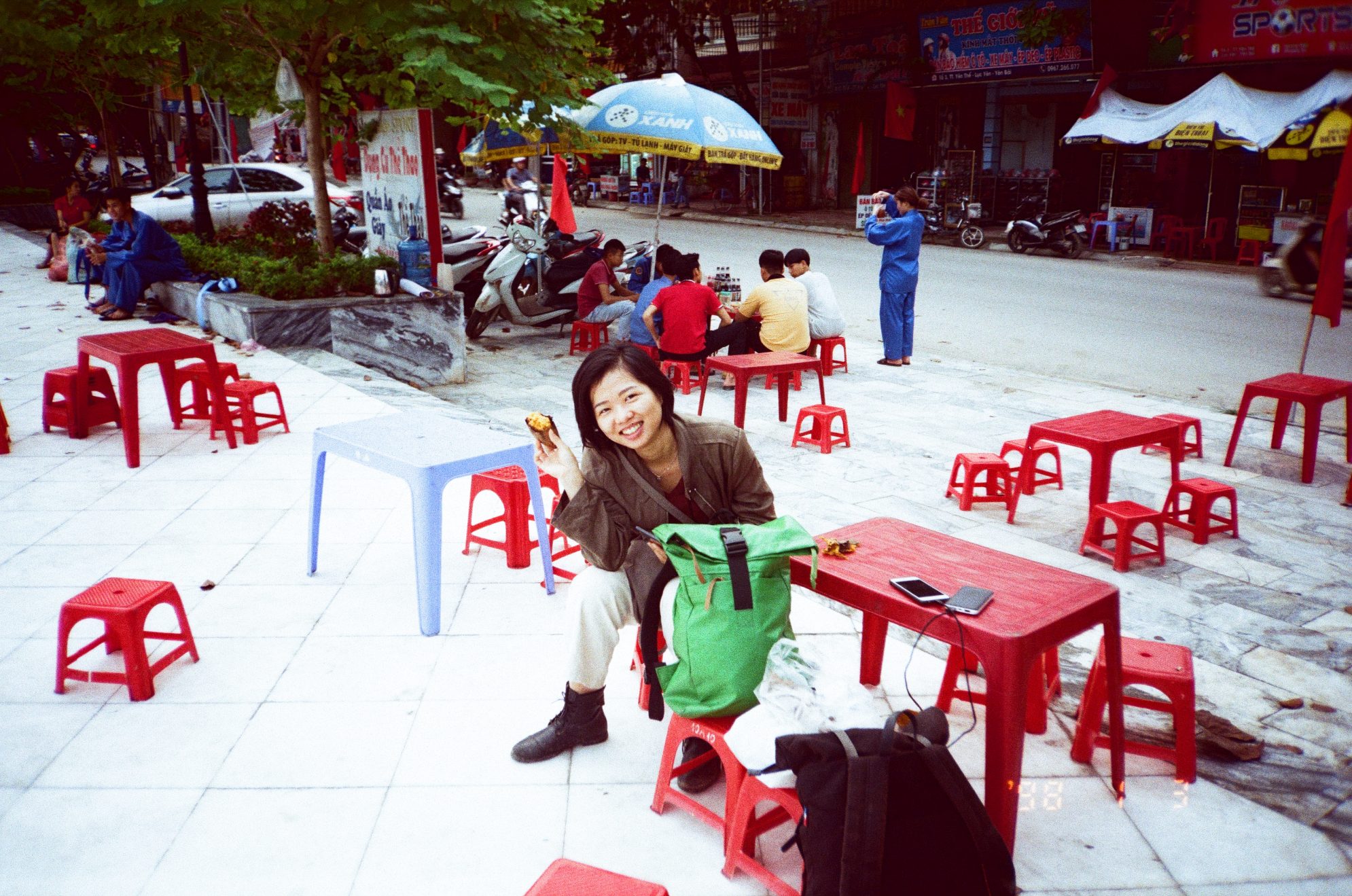 This research trip is part of Lê Giang’s proposal to ‘Re-Aligning the Cosmos’ initiative, co-sponsored by The Factory, Prince Claus and the Goethe Institute; co-facilitated by The Factory and Fulbright University, Vietnam; with the support of Public Engagement, Oxford Clinical Research Unit, HCMC. 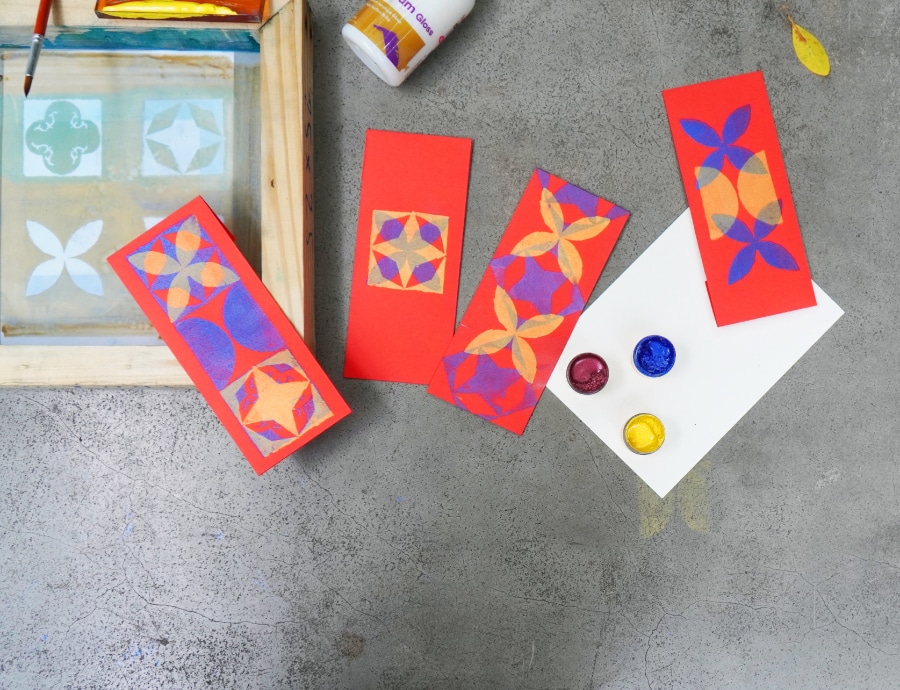 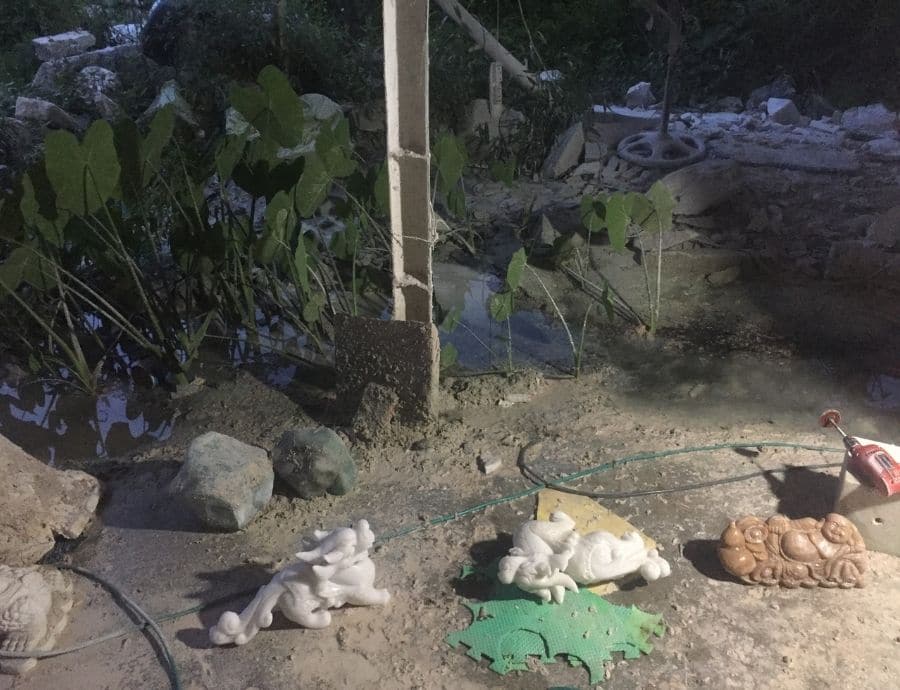 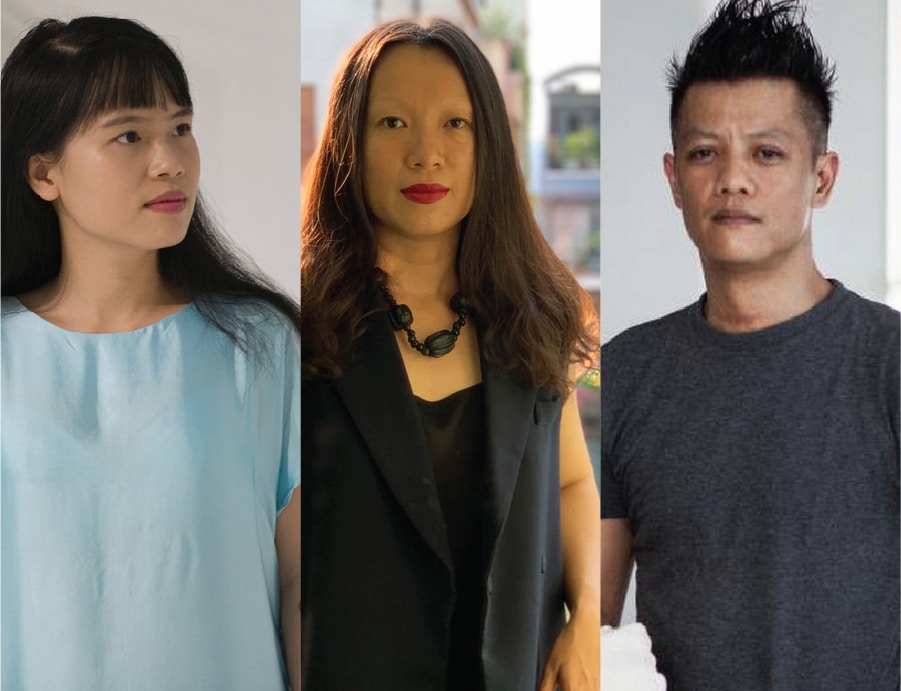 Within / Between / Beneath / Upon